To wrap up this blog series on eCommerce holiday readiness, we are pulling from data we gathered last year to give you real examples on how page speed impacted conversion rates from Black Friday 2014 through the following Thursday (11/28/14 – 12/4/14). We will be looking at 5 sites in particular, including clothing, yoga, and sporting goods retailers.

We feel that this is an adequate sample size to show how web performance directly impacts revenue. You will notice that every site is different. There is not a one size fits all page speed goal.

How much more could this retailer have made during this week if the slower half of shoppers experienced the same load times as the 50th percentile?
$128,784 (see below)

Forty-five percent of overall site traffic had a two seconds (or faster) page load time. Those that waited longer, however, not only converted at a lower rate, but also had an increased bounce rate (19.4% for a 6 second page load).

How much more could this retailer have made during this week if everyone had a 2 second load time on this page? $8,397,524: a 30% increase in revenue!

This retailer’s mobile site performed worse than the desktop site. While it is common that less people convert on mobile sites than desktop ones, half of the site’s traffic loaded the Product pages in more than 4 seconds. This is partly a result of slow mobile service providers, but slow-downs occur on the site’s end too.

How much more could this retailer have made during this week if the slower half of shoppers experienced the same load times as the 50th percentile?
$56,489

The tablet site outperformed the mobile version, but had significantly less volume. As tablets continue to gain in popularity, expect Holiday 2015 tablet use to be at an all-time high.

Potential revenue gain if everyone loaded the Product pages at the 50th percentile: $31,471

Because of the small amount of traffic, this graph looks very funky upon first glance. However, you can notice that conversion rate is at its peak at a roughly 2 second page load before it drops off. This Yoga retailer can use this data and realize that they don’t need to speed up their site beyond two seconds.

Using our Lost Revenue Calculator, we find that if all Product page traffic was sped up to the 50th percentile, the retailer would generate an additional $1,858 in revenue during this week.

The time period of the data we have presented include the two largest online shopping days: Black Friday and of course, Cyber Monday (11/28/14 – 12/4/14). We are concluding this overview with a summary of the data we have collected from these five sites. 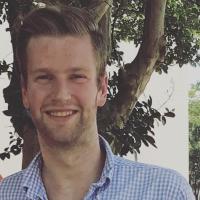